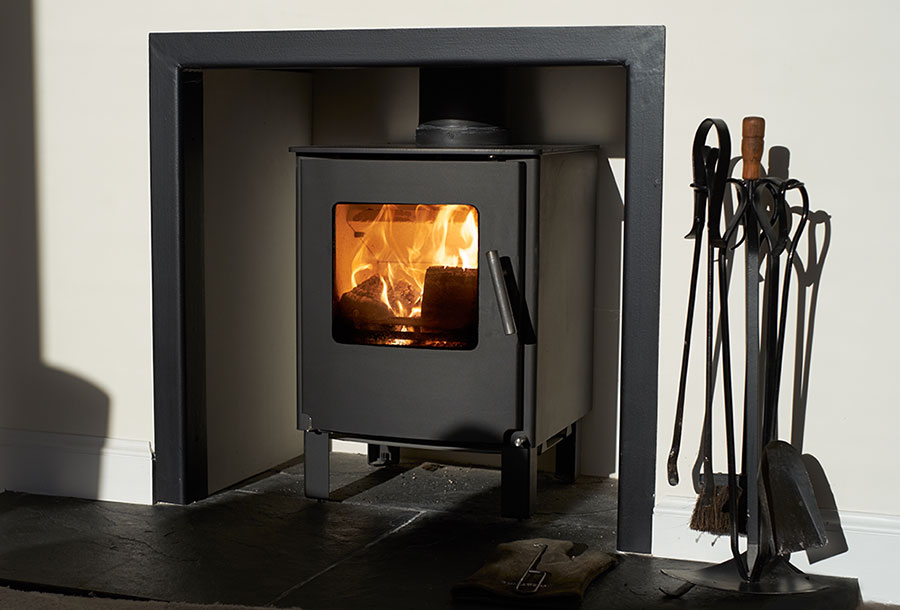 More than 1 million families in the UK rely on wood burners to warm their homes during the winter months. In an attempt to reduce pollution and create cleaner air, the UK government has announced that by 2023 polluting fuels burnt on open fires and household stoves will be phased out.

Speaking to the Huffington Post, George Eustice, Secretary of State for Environment, explained that the fumes created by burning fuel such as coal and wet wood are “the biggest source of the most harmful pollutant that is affecting people in the UK.”

The government is promoting the move to dry wood and manufactured solid fuels as they produce significantly less smoke and in-turn, reduce harm for both the environment and our health.

Plans to phase out the polluting fuels were first announced 18 months ago, however, this week plans have been put into action.

The stoves themselves will not be banned, but certain types of fuel such as wet firewood and coal will be phased out in a bid to encourage customers to adopt less-polluting fuels. In addition, cleaner stoves will be made more readily available on the market.

The scheme will be rolled out between 2021-2023 to give people time to adjust to the changes and make the scheme as successful as possible.

Why is wet firewood bad for the environment?

The smoke that wet logs produce releases more than two times the amount of smoke emissions than that from seasoned or dry wood.

The smoke released does not only pollute the air but also creates knock-on serious health effects. “Wood and coal burning account for 40% of harmful levels of background PM2.5 in the UK,” says John Maingay, spokesman for the British Heart Foundation. This is more particles per hour than a diesel truck, according to a report by the Department for Environmental, Food and Rural Affairs.

Not only does burning the harmful fuel result in serious harm for both our health and the environment, but the build-up of ash and chemicals in the chimneys can result in fire. In the UK each year there are 7,000 chimney fires.

The Clean Air Strategy 2019 report states that “The government’s objective is to raise awareness of the potential impacts of air pollution at home and ensure that consumers are armed with reliable information enabling them to make informed choices to protect themselves, their families and their neighbours.”

Moving forward the government is promoting the move to dry wood and manufactured solid fuels as they produce significantly less smoke and in-turn, reduce harm for both the environment and our health.

Only stoves that meet the new standards will be sold in stores. A new certification has been introduced by the government in order to ensure that stoves are meeting the green standards. The stove industry has been cooperating with the government to implement the changes and stoves that have been approved will be labelled with an ‘ecodesign’ sticker.

Defra has listed the current approved stoves on their website.

In a recent interview with the Telegraph, Dennis Milligan, from Stove Industry Alliance, explains that older stoves are more harmful to the environment. Those manufactured 10 or more years ago release 80% more emissions than stoves being manufactured today. If you do not want to buy a new stove, using a filter can also make a huge difference. Recent research reveals that Electrostatic filters can cut emissions of fine particles by up to 92%.

It is also important to check the stove’s efficiency rating before making a purchase. These eco-designed stoves are 80% efficient as opposed to 60% in 2008, meaning consumers are getting more heat for their money.

Humphreysoil.co.uk is a trading name of
Certas Energy UK Ltd.